Why Are My Pipes Gurgling?

Have you heard a gurgling sound after washing your hands in the kitchen sink or flushing the toilet? Is there a foul odor coming up from your sink? Are you concerned that you are at risk for a more significant plumbing issue?

Typically, blockages in your drains are what cause gurgling pipes. When you hear gurgling or smell any foul odors, it is best to identify where it is coming from and call a professional plumbing company to check what is causing your gurgling pipes and remedy the problem.

What Is Causing My Gurgling Pipes? 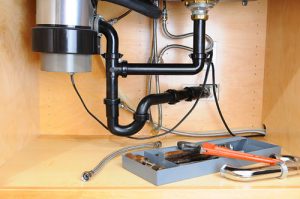 So, what’s causing your gurgling pipes? Gurgling pipes are a sign of either a clogged drain line or a clogged vent pipe. Obstacles can block water or air from freely flowing through your pipes. This results in trapped air or gas bubbles, which is the gurgling sound you may hear.

Depending on the location of the gurgling sound, the issue could be in one or several places. For example, if you notice the gurgling coming from only your bathroom sink, it is most likely an issue with the drain or the P-Trap.

The P-Trap is a curved pipe under your sink that prevents any odors from the main sewer line from coming up and out of your drains. It does this by holding a small amount of water which seals off the drain from sewer gas.

If turning on the kitchen sink causes a gurgling sound in your bathroom, then the problem could be with your main sewer line. Obstacles, such as tree roots, toiletries, and broken pipes, can cause issues that need to be inspected. If there is a problem with your sewer line, call professionals that will inspect your sewer line and make any repairs as needed.

If your kitchen or bathroom sinks are making gurgling sounds, they could be blocked by several things, such as hair, dirt or grease buildup, dead skin, or soap residue. Luckily, pliers or tweezers can remove any hair buildup in your drains. After removing the buildup, consider investing in a drain hair catcher to prevent hair from slipping into your drain.

You can also remove any blockages that aren’t hair by creating a solution of hot water and several teaspoons of liquid dish detergent. Slowly pouring the solution down the drain and flushing it with hot tap water should get rid of any grease, dirt, or anything else that could be causing your gurgling pipes and clogged drain.

Another cause of gurgling pipes and clogs can be a damaged or blocked P-Trap. If you can smell sewage while water flows down your pipes, your P-Trap might not be working correctly, and it may be time to replace it.

[Related: Unclogging a Drain Yourself is a Bad Idea — Here’s Why] 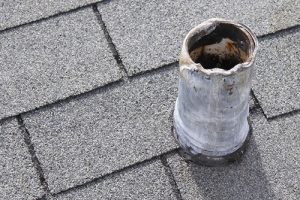 The vent pipe allows air to pass through your drains without disrupting the flow of water. It does this by connecting every drain in your house through one that exits through the roof. Debris can easily fall into them and clog them up, which means gas has nowhere to escape, thus leaving through your drains and causes gurgling pipes.

Call Central Plumbing to Identify What Is Causing Gurgling Pipes

If you need professionals to identify what is causing gurgling pipes and stop any foul odors from entering your home, call Central Plumbing in Baton Rouge. Our plumbers are trained to deal with any issues causing gurgling pipes, whether the problem is coming from your vent system, P-Trap, or main sewer line. For the best in plumbing services, call 225-925-8552.